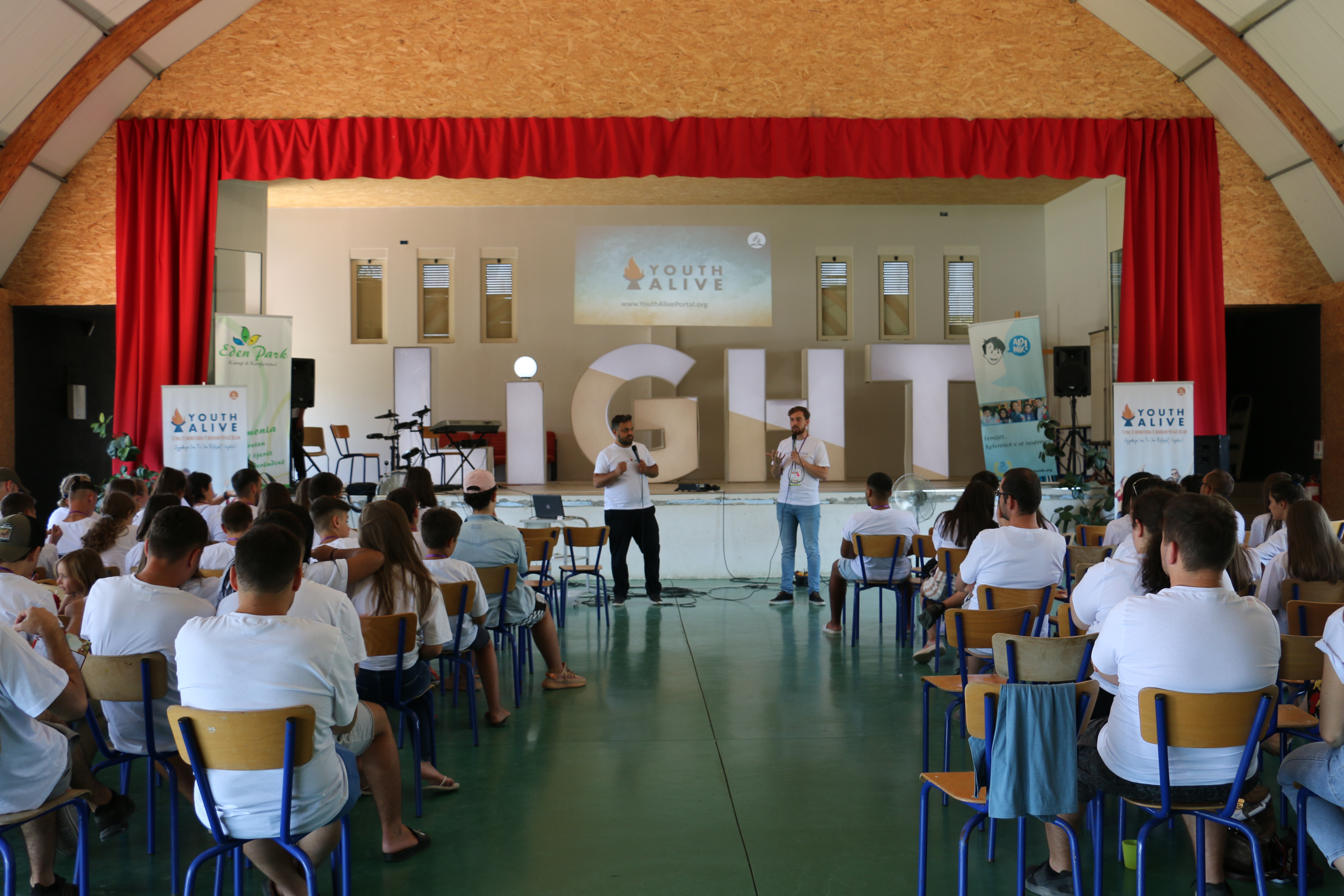 To discuss how adolescents and young people can make healthy choices in today’s society, about 105 people participated in a pilot project called “Youth Alive”, a project in collaboration with the General Conference and the Trans Division European of the Adventist Church, held in Tirana on 13-18 August 2019.

The project was divided into two parts: the first part, training for leaders and the second part activities within the conference “Youth Alive” with all participants.

Guests at the meetings were professionals from various fields, who spoke about physical, mental and spiritual health.

Among the main topics, important reflections on issues such as: the need to establish healthy relationships while avoiding abuse stood out; risks from addictive behaviors (including technology, harmful substances, and pornography); as well as the physical, psychological, and spiritual symptoms that these risky behaviors impose.

During this event, young people had the opportunity to form small friendship groups, which addressed and discussed various topics selected by specialists during the presentations, under the guidance of a leader for each group. These discussions were put into practice through the development of practical group activities.

“I liked everything, it was fantastic, a lot of fun. I learned a lot about sexuality, depression and how to live happily by making the right choices “- says Joana Hallkaj, 13 years old from Tirana.

For Leo.N. España, president of the Albanian Mission and at the same time pastor of the Church Tirana-Center says that “the project is extremely important as teenagers and young people are the future of the church, they will become future parents and church leaders ”.

He goes on to say that “The Living Youth offers guidance centered on the teachings of Christ for them, promoting a healthy life away from vices and addictions by incorporating essential elements in the development of their character in a comprehensive way both spiritually and both mentally and physically. I was very pleased to see our young people building bridges through groups of friendship and prayers for one another. The Albanian Mission expresses its gratitude to the Health and Youth departments of the Trans-European Division and the General Conference for their vision and support. ”

To learn more about how to address these issues in the local community and to have continuity with the “Gajllë Youth” project, about 40 leaders attended the training, a few days before the Congress. During these days, the concept, purpose and structure of “Living Youth” was unveiled. “This project, in addition to developing many recreational activities, also includes group dynamics that help young people better understand themselves as well as connect more with God and others. Another important part of the project is involvement in community service activities. This is a good way to plant new churches – suggested Juliana Ortolan, the director of this project in Korça.

The conference was attended by representatives from the General Conference of the Adventist Church, the Trans-European Division and from countries such as Great Britain, Croatia, Slovenia, Hungary, Serbia and Northern Macedonia. Living Youth is conceived as an ongoing project that is being piloted in Albania and Lithuania as a start, but that will be extended to other countries. The progress of this project will be supported by a monitoring led by Dr. Duane McBride, director of the Institute for Addiction Prevention and also Professor of Sociology at Andrews University in the USA. This monitoring will be implemented through questionnaires that follow risky behaviors, enabling the assessment of behavioral changes over the years that the project will be implemented.

According to Katia G.Reinert, associate director of the Department of Health at the General Conference and program coordinator for this project, this initiative is a new approach to a program created several years ago. “The church created the project as a way to engage young people and teens, because this age group is more at risk for risky behaviors at this stage of their lives,” she says.

On the other hand she sees this project as an opportunity to help the church grow and develop discipleship. “Our desire is for the Living Youth to influence the local community and not only focus on the discipleship of Adventist youth, but also to include groups.